How the microbiota influences Crohn’s disease

Crohn’s disease (CD) is an inflammatory bowel disease that causes chronic inflammation of the gastrointestinal tract, most commonly in the small intestine. It is estimated that more than a half million people in the United States suffer from CD. The most common symptoms of Crohn’s disease include diarrhea, abdominal cramping and weight loss. The complications associated with CD can be quite severe and include intestinal obstruction, fistulas, abscesses, ulcers and inflammation of joints, eye and skin. Additionally, people with CD in the colon have a higher risk of developing colon cancer.

There is no cure or preventative treatment for CD, and the disease requires lifelong treatment as patients experience intermittent periods of remission and symptom flare-ups. The focus of treatment is to reduce inflammation with anti-inflammatory drugs and bowel rest. Even with the use of medicine, the majority of individuals with CD will eventually require surgery to remove a portion of their intestinal tract. 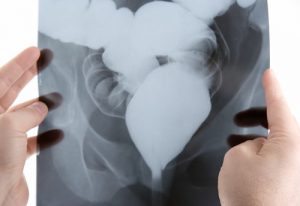 Crohn’s disease is a complex disease of unknown etiology but is believed to involve a combination of factors including an abnormal immune response, genetic factors and environmental triggers. An abnormal autoimmune response is believed by many experts to be triggered by the bacteria that colonize the intestinal tract, known as the microbiota. The microbiota generally plays a protective and beneficial role but becomes inflammatory in people with CD. CD tends to run in families, which can be attributed to shared genetic factors as well as similar environmental factors. Given the complex nature of CD, Dr. Mahmoud Ghannoum and colleagues at Case Western Reserve University sought to investigate the influence of the microbiota in CD by examining family members with and without CD. Their findings were published in the journal mBio.

The study examined fecal samples from patients with CD and healthy family members residing in the same home and exposed to similar environmental factors. The researchers found significant differences in the types of bacteria present in CD and healthy family members, and interestingly, those with CD had higher levels of potentially pathogenic bacterial species, such as Escherichia coli and Serratia marcescens, as well as a decrease in bacterial species that are considered beneficial. Additionally, CD family members had higher levels of the yeast Candida tropicalis. Yeast in the Candida genus have previously been identified as immunogens capable of eliciting an immune response in Crohn’s disease.

The microbiota in the intestinal tract can form a biofilm where bacterial and fungal cells can adhere to themselves and the intestinal epithelia. Biofilms can allow signaling between cells and provide protection against the immune system. Since S. marcescens, E.coli and C. tropicalis were elevated in CD patients, the researchers performed in vitro experiments to look at the interaction between the bacteria and fungus. They found that a thick biofilm was able to form when the bacteria and fungus were grown together and was much thicker in the mixed culture than when the microbes were grown in single culture. Additionally, the microbes were in intimate contact, allowing for communication between S. marcescens, E.coli and C. tropicalis.

These results demonstrate clear differences in the microbiota of people with Crohn’s disease and their unaffected family members that potentially explains why some family members develop the disease and others do not. Furthermore, the pathogenic microbes that are elevated in CD are able to interact closely with each other, which may play a critical role in the chronic inflammation of CD. CD is a debilitating disease with unclear origin, and this research provides novel information on the role of the microbiota in the development of CD.

Do you work in this area of science? Check out our available bacteriology and immunology reagents to see if any could help accelerate your research. You also might be interested in other recent blog posts covering the microbiota: