Antibiotics have been effectively utilized for decades in the treatment against infectious agents. However, antibiotic use has been known to have detrimental effects, including the development of antibiotic resistant bacteria and alterations to the microbiota. The microbiota is a community of bacteria that colonize the body and can influence metabolism, physiology, nutrition, and immune function. An ever growing body of research indicates that the microbiota plays a critical role in regulating host homeostasis, and changes to the bacterial diversity of the microbiota may lead to increased susceptibility to disease. 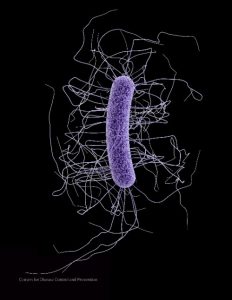 It is estimated that up to 50% of prescriptions for antibiotics are unnecessary or prescribed for inappropriate doses and duration. As antibiotics continue to be widely prescribed, strategies to prevent collateral damage from their use will be important to prevent the onset of additional diseases. In the case of C. difficile, strains of this bacteria are becoming increasingly resistant to antibiotic treatments, and future therapies may need to focus on bolstering secondary bile acid levels to inhibit C. difficile growth.