Microcephaly, a condition in which babies are born with smaller than normal heads, has been in the news lately due to its connection to the Zika virus. The condition can also be triggered by several different causes, including infection of the pregnant mother with other viruses, malnutrition and various genetic disorders. One disease known to result in microcephaly is Seckel syndrome, an extremely rare recessive genetic disorder.

Now, a team of researchers from the University of North Carolina at Chapel Hill is applying their knowledge of Seckel syndrome and microcephaly to develop better treatments for brain cancer. They recently published a paper in the journal Development demonstrating that the gene linked to Seckel syndrome could also be a target for better brain cancer therapies.

With microcephaly, the brain does not fully grow. In brain cancers, tumors grow abnormally. “We think these two very different conditions can actually tell us something about each other,” study author Dr. Tim Gershon said in a press release. “If we can understand how this genetic condition limits brain growth to cause microcephaly, can we take that same process and apply it to try to block brain tumor growth?” 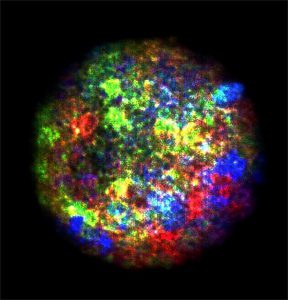 The researchers looked specifically at medulloblastoma, a fast-growing cancer of the cerebellum, the lower back portion of the brain that controls balance, posture and movement. The cerebellum, which continues to develop after birth, contains more than 50% of a brain’s neurons, and medulloblastoma is the most common malignant brain tumor in children.

The new study explored how manipulation of the ATR gene affects medulloblastoma formulation and growth. A mutation in ATR is the cause of Seckel syndrome, the genetic disorder that causes microcephaly. The gene, which has also been implicated in various cancers, encodes a protein kinase critical for repairing DNA in dividing cells.

First, the research team deleted ATR in transgenic mice. They found that this gene deletion caused the death of neural progenitors, cells capable of differentiating into various neuronal and glial cell types, which in turn resulted in reduced cerebellar growth. When they deleted the ATR gene from mice specifically bred to develop medulloblastoma, tumor growth was completely blocked. The team concluded that both neural progenitors and medulloblastoma tumors require ATR for survival.

The scientists then explored how this knowledge could be applied to better treat medulloblastoma. The team packaged a known ATR inhibitor into nanoparticles. Nanoparticle delivery mirrored the results of ATR deletion, causing cell death in the cerebellum’s neural progenitors.  Therefore, the ATR inhibitors might eventually be useful as a new form of chemotherapy, the researchers said.

“Our formulation has the promise to deliver a very high dose of chemotherapy into the tumor in a controlled manner, with lower side effects,” said another study author, Dr. Marina Sokolsky. “We will focus on further optimization and preclinical development of the formulation with the goal of advancing it to the clinic.”

Of note, the researchers added that ATR inhibition does not appear to damage already differentiated neurons. Further studies are needed to explore potential safety issues and side effects of the treatment, both within the cerebellum and throughout the entire body.

Do you work in this area of research? We offer a variety of unique reagents for studying neurobiology and cancer, including: