Alzheimer’s disease (AD) is a progressive disease affecting the brain and is currently ranked the sixth leading cause of death in the United States. Symptoms of AD generally manifest in a person’s mid-60s and include loss of memory and cognitive function. As the disease progresses, extracellular deposits of amyloid-β (Aβ) peptides and intraneuronal neurofibrillary tangles lead to the loss of neuron function and eventually, neuron death. 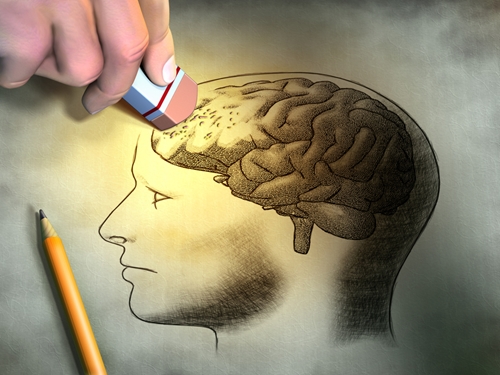 Neuro-inflammation is also an important feature of AD and studies have demonstrated a link between innate immunity and the onset of AD. Aβ peptides can be recognized by toll-like receptors (TLRs) on microglia cells, immune cells of the brain, to initiate neuro-inflammation. Furthermore, neuro-inflammatory responses can be activated by immune challenges in peripheral parts of the body. One of the key regulators of an individual’s innate immune system is the gut microbiota. The influence of the gut microbiota on brain function has been demonstrated by studying caesarian section births versus vaginal births in both humans and rats. The method of delivery determines gut microbiota colonization and leads to differences in brain activity and brain development in newborns.

Understanding that there is a link between gut microbiota, the innate immune response and brain function, researchers at the University of Chicago performed a study exploring the relationship between the composition of the gut microbiota on neuro-inflammation and Aβ peptide deposits. Their results were published in the July 2016 edition of Scientific Reports.

What are the gut microbiota and why are they important?

The microbiota are a community of microorganisms, including bacteria, fungi, archaea, viruses and protozoans, that colonize the body and can influence metabolism, physiology, nutrition and immune function. An ever-growing body of research indicates that the microbiota play a critical role in regulating host homeostasis, and changes to the diversity of the microbiota may lead to increased susceptibility to disease. The gut microbiota specifically refers to the microbes that colonize the intestinal tract. The gut microbiota are associated with a wide range of human diseases including inflammatory bowel disease, irritable bowel syndrome, obesity, diabetes, allergy and neurodevelopment diseases. For more information, read our Microbiota by the Numbers blog post.

To study the effect of the gut microbiota on amyloid plaque formation, Dr. Sangram Sisodia and colleagues treated young mice with a high dose of antibiotics followed by chronic antibiotic administration. Antibiotic treatment resulted in drastic changes to gut microbial diversity as well as an altered systemic inflammatory profile, providing supporting evidence that the gut microbiota communicate with the innate immune response. The brains of antibiotic-treated mice were then examined for Aβ deposits, revealing a decrease in Aβ deposits compared to untreated mice. Since Aβ deposits are known to activate microglia and lead to neuro-inflammation, the researchers then questioned if antibiotic treatment could alter microglia reactivity. Microglia localized near Aβ plaques were examined and found to be reduced in number and displayed altered morphology in antibiotic-treated mice.

The gut microbiome, a new target for the treatment of Alzheimer’s disease