The gastrointestinal (GI) tract is innervated by the enteric nervous system (ENS) located within the GI tract, as well as through connections to the central nervous system (CNS). The ENS and CNS act in concert to control the homeostatic functions of the GI tract, such as digestion, secretion and motility. The constant, bi-directional communication between the two branches of the nervous system is known as the brain-gut axis. Interestingly, the ENS is capable of controlling GI functions independently of the CNS, and dysfunction of the ENS is associated with intestinal disorders such as inflammatory bowel disease and Hirschsprung’s disease.

A human ENS model system did not currently exist, hampering research in this area. Given the importance of the ENS in regulating GI function and disease, Dr. James Wells at Cincinnati Children’s Hospital and collaborators sought to develop a system that mimicked human intestinal tissue with a functional ENS. Their findings were recently published in Nature Medicine. 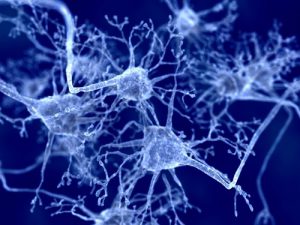 What does this mean for human research?

Rodent models are commonly used in gastrointestinal research; however, rodents differ from humans in gastrointestinal development, physiology and intestinal diseases, making them less than ideal models for human research. The model system created by Wells and collaborators provides the first human intestinal and ENS model system that is both physiologically and functionally similar to human intestine, allowing for more accurate study of human physiology and disease.

For more information on the GI tract, check out our previous blog post, How Well Do You Know the GI Tract? You also may be interested in one of our related reagents: