A Future Focus for Parkinson’s Treatment

In a study published by the Journal of Biological Chemistry, scientists at UPenn School of Veterinary Medicine discovered that the enzyme cytochrome P450 2D6 (CYP2D6) plays a role in triggering Parkinson’s disease and represents a new focus for Parkinson’s treatment. 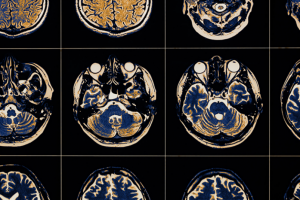 A few decades ago, 1-methyl-4-phenyl-1,2,3,6-tetrahydropyridine (MPTP) was found to induce the onset of Parkinson’s disease by causing the degeneration of dopamine neurons in the substantia nigra, a section in the midbrain that is responsible for reward and movement. MPTP is a chemical found in synthetic opioids and once it enters the brain it is metabolized to 1-methyl-4-phenylpyridinium (MPP+) by monoamine oxidase B (MAO-B), an enzyme present in astrocytes.

MPP+ is a toxic cation that is selectively transported to the dopaminergic neurons due to the higher affinity between MPP+ and the dopamine transporters. This selective transport leads to increasing concentrations of MPP+ in the mitochondria and once a certain threshold is reached MPP+ is shown to inhibit Complex I in the electron transport chain, leading to the neuronal damage found in Parkinson’s disease. Even though scientists presumed this was the accurate pathway, when targeting the two key players, MAO-B and the dopamine transporter, they observed little success in stemming the effects of Parkinson’s.

A new mechanism for treatment

In a previous study, Narayan Avadhani and his colleagues showed that CYP2D6, with the aid of mitochondrial adrenodoxin and adrenodoxin reductase, could potentially aid in the metabolism of MPTP to MPP+. This new research investigated other chemicals that resembled MPTP, beta-carbolines and isoquinolines, which are produced in the body from chemicals present in alcohol, tobacco smoke, and certain foods.

Dr. Avadhani’s team revealed that CYP2D6 efficiently catalyzes the MPTP-mimic chemicals in the dopamine producing neurons. They also showed that the wild-type mice with CYP2D6 experience neuronal degradation, but the mice without CYP2D6 remain unchanged. This data further emphasizes the role CYP2D6 has in inducing Parkinson’s disease.

Dr. Avadhani affirms that targeting mitochondrial compounds such as CYP2D6 will be a future strategy in drug discovery for a Parkinson’s cure.