A New Target for Anti-Inflammation Therapeutics

Researchers from Washington State University recently discovered a critical step in the body’s inflammatory response that may aid in the development of anti-inflammatory treatments. Their findings, which were published in the journal Nature Communications, cited an integrin beta 3 antibody developed by researchers at the Blood Center of Wisconsin and now available via the Kerafast catalog.

The Discovery of a Unique Cholesterol 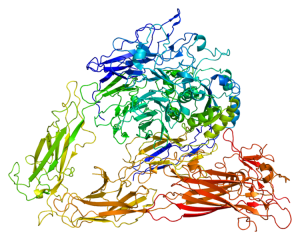 The research team discovered a naturally-occurring modified form of cholesterol that binds to key cell surface proteins called integrins. The complex then acts to signal surrounding cells at an infection site to activate inflammation.

“What we found was that when a white blood cell called a macrophage encounters a foreign organism, say a virus, a gene in the cell turns on and produces a type of cholesterol,” senior author Dr. Santanu Bose explained in a press release. “This cholesterol then converts into another form of the lipid named 25-hydroxycholesterol or 25HC for short.”

The newly produced 25HC then binds to integrins on nearby macrophages, which strengthens the inflammatory response. According to the research team, it is the first time a lipid has been found to act in this manner to amplify inflammation.

The scientists are now exploring the binding site where 25HC interacts with integrins, to determine whether it is a good therapeutic target for combating inflammation. Diseases in which uncontrolled inflammation can be a problem include diabetes, Alzheimer’s disease, arthritis and cancer.

Understanding this new pathway is also essential to gaining further insight into how lipids impact integrin functions in both normal and diseased tissues. For example, it could explain why anti-cholesterol medications such as statins can sometimes reduce cancer risks, since they inhibit integrins.

Do you work in this line of research? Kerafast offers a variety of related lab-made research reagents, including: