How Hepatocytes Impact Cancer’s Spread to the Liver

The liver is one of the most common sites of metastatic cancer. Now, a study published in the journal Nature is shedding light on how hepatocytes – the primary functional cells of the liver – are part of a chain reaction that makes the organ vulnerable to cancer cells. 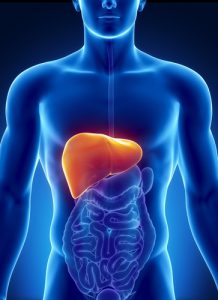 We were excited to see the study cite our MC-38 cell line, a murine colon adenocarcinoma cell line developed and made available by the National Cancer Institute.

The authors of the study note that hepatocytes are designed to respond to inflammation by activating a protein called STAT3. This increases their production of other proteins called SAA, which then remodel the organ and create an ideal environment (“soil”) for cancer cells (“seeds”) to take root.

“The seed-and-soil hypothesis is well-recognized, but our research now shows that hepatocytes are the major orchestrators of this process,” said senior author Gregory L. Beatty, MD, PhD, of the University of Pennsylvania.

The researchers were able to determine that by stopping this entire process, they could limit the potential spread of cancer to the liver. They utilized antibodies that block IL-6 – the inflammatory signal that drives the chain reaction – to achieve their results.

Next, the team genetically deleted STAT3 in mouse hepatocytes, which in turn inhibited liver metastasis. They then showed that IL-6 is the signal that controls STAT3 activation in hepatocytes.

A Deeper Look at IL-6

By the end of the study, the researchers were also able to determine that IL-6 drives changes in the liver, whether or not there is a cancerous tumor present. This suggests that conditions associated with higher IL-6 levels (e.g., obesity, cardiovascular disease) could impact the liver’s vulnerability to cancer.

Do you work in this line of research? Kerafast offers unique lab-made reagents for researchers exploring cancer and the liver, including the following related materials: