Researchers at the University of Georgia have conducted a study to determine how magnetic forces could potentially be used to treat cancerous tissue. They discovered a new non-invasive way of delivering drugs to cancerous tissue utilizing magnets, and the researchers believe that this form of treatment may ultimately be able to reduce the toxic side effects of chemotherapy, which is commonly used to combat cancer.

The research was led by Sergiy Minko, PhD, who recently joined the Kerafast community by making available his lab’s Enzyme Stabilization Reagents. His lab uses biomimetic approaches, as well as modern polymer and colloidal sciences, to design synthetic molecules, biomolecules, nanoparticles and live cells. The study was published in the journal Nature Catalysis. 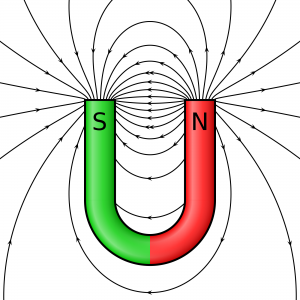 Medical therapies and biosensors rely on efficient delivery and release of active substances within the body. In the Nature Catalysis paper, the researchers were able to demonstrate a platform that utilizes magnetic-field-responsive compartmentalization of biocatalytic reactions to control the release of chemicals in the body on demand.

To begin, the scientists initially developed fine nanoparticles, which acted as drug carriers. One was loaded with enzymes, while the other was a substrate base carrying the drugs. When using a weak magnetic field, the two nanoparticles merged. This forced a reaction that released the drugs at a specific location. In the event that cancerous tissue is involved, the drugs could theoretically be released nearby for a more effective form of treatment.

The researchers found that they were also able to control the timing of the interaction. As a result, they could hone in on the delivery of the drug to an exact location. This could ultimately prevent some of the common side effects of chemotherapy, such as cardiac toxicity.

“We showed that we can deliver anti-cancer drugs exactly in the area where they are needed and they can kill cancer cells,” said the study’s first author Andrey Zakharchenko, a graduate student in Dr. Minko’s Nanostructured Materials Lab.

Safety and efficacy in humans

Dr. Minko noted that the use of a static magnetic field is critical for this process because it poses virtually no threat to the body. In the past, pulsating magnetic fields have been used to deliver drugs. However, they have not been deemed successful, as they have been shown to destroy healthy cells in patients.

The current study, conducted in vitro using cancer cells, illustrates that a non-invasive, weak magnetic field could be used to remotely release therapeutic agents within the body. Up next, the researchers plan to develop an animal model to show the concept works in vivo.

Do you work in this area of research? The Minko lab’s enzyme stabilization reagents, which improve enzyme thermal and chemical stability while potentially boosting catalytic activity, are now available for researchers worldwide here. You might also be interested in our collection of unique lab-made nanoparticles or cancer-related reagents, including: