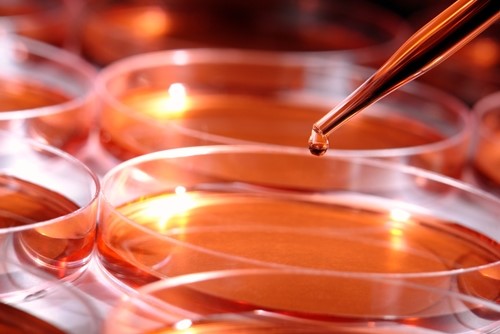 Researchers at the University of Cambridge sought to study the mechanism by which lysosomes sequester calcium release from the ER, publishing their findings in Cell Reports. We were excited to see our IP3R Expressing HEK-293 Cell Lines, developed by the laboratory of David I. Yule, PhD, at University of Rochester, cited in the paper.

Luminal lysosome pH is maintained by H+-ATPase (V-ATPase). HEK cells were treated with a selective inhibitor of V-ATPase, concanamycin A (CcA), to disrupt the pH gradient leading to a mild increase in calcium levels. Treatment of the cells with carbochol (CCh), a compound that increases free calcium by stimulating IP3 formation, and CcA led to a significant increase in calcium. Similar results were reported when the V-ATPase was disrupted with siRNA, indicating that CCh-induced increases in calcium are dependent on inhibiting V-ATPase. Further experiments demonstrated that store-operated calcium entry (SOCE) was not affected by V-ATPase inhibition, signifying an important role for the lysosomal pH gradient in regulating cytosolic calcium increases by IP3Rs.

Low-affinity calcium sensors targeted to the cytosolic surface of lysosomes were used to detect local changes in calcium in HeLa cells that are stimulated by histamine to induce IP3 formation and calcium release from the ER. IP3Rs were found to deliver calcium to 60% of lysosomes, which can occur through all three receptor subtypes. MCS were found to facilitate the transfer of calcium between the ER and organelles, including lysosomes. Contact is maintained between lysosomes and the ER despite the organelles moving around and persistent contact was observed in regions with clusters of IP3Rs. Disruption of the MCS caused by inhibition of V-ATPase is believed to be preventing lysosomes from sequestering calcium.

If you study calcium and IP3Rs, check out our IP3R expressing HEK-293 cell lines here. You might also be interested in several other reagents for calcium signaling research: