Mapping the brain for targeted therapies

While the brain has been significantly studied and its various regions identified, a new study by researchers at the University of Southern California published in the journal Nature Neuroscience describes a detailed map of the hippocampus that holds promise for new treatments. 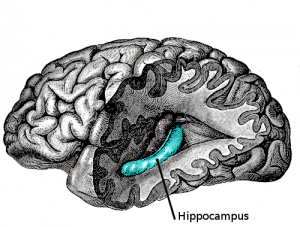 Location of the hippocampus within the brain.

In the new study, Michael S. Bienkowski and his co-authors created a detailed map of the mouse hippocampus. The mouse brain is very similar to the human brain and thus represents a good model for the study of human brain functions and the diseases that affect it. With the aid of fluorescent tracers and 3D animation, the researchers showed structures, nerve connections and functions with high specificity and granularity. “It totally changes our understanding by combining a wiring diagram with gene expression of the mouse hippocampus,” Bienkowski said in a USC article.

Hong-Wei Dong, USC professor of neurology and director of USC’s Center for Integrated Connectomics, is the senior author on the paper and part of the Mouse Connectome Project, a USC-led effort that collects data about neural connections in the brain, sharing it publicly with researchers in more than 100 countries.

The researchers hope that their work will benefit other investigators and lead to better treatments and hopefully cures of diseases such as Alzheimer’s.

Bienkowski states that this new hippocampal map “totally changes our understanding by combining a wiring diagram with gene expression of the mouse hippocampus. We see it doing different things, and this gives us a new way to understand how the whole thing works together. This should have a very profound and broad impact.”