An overview of HIV 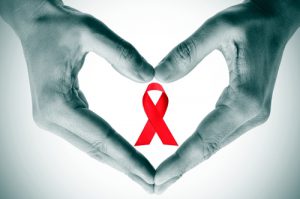 Human immunodeficiency virus (HIV) came into the colloquial vocabulary in the 1980s when a growing number of homosexual men and intravenous drug users presented with unusual symptoms synonymous with an impaired immune system. These groups demonstrated clinical signs of a rare opportunistic infection, Pneumocystis crinii pneumonia, that had previously only been seen in patients who had severely compromised immune systems. Other patients progressed to Kaposi’s sarcoma, an uncommon skin disease. Because these unusual infections were popping up in specific population pockets rather than randomly isolated cases, the CDC developed a task force to investigate the source of these bizarre syndromes, which they had termed “acquired immunodeficiency syndrome (AIDS)”. Within two years, two research groups, one led by Robert Gallo and the other by Luc Montagnier, independently reported in Science that the cause of AIDS was a novel virus which would later be named HIV.

HIV is a single-stranded RNA lentivirus. After gaining entry to a cell, lentiviruses use reverse transcriptase, an enzyme that catalyzes the transformation of RNA back to DNA, to transcribe the viral genome and insert itself into the host DNA. At this point, the virus can remain dormant, silently waiting to reemerge, or can actively produce new viral genomes and proteins to generate more virus. The newly made virus can leave the original host cell to infect other cells, starting the process again. (For more on lentiviruses, check out our previous Intro to Adeno & Lentiviruses blog post.)

In the case of HIV, the target host cells are CD4+ T-cells, a critical component of the immune system that helps healthy individuals fight infections. The virus accesses the host cell by binding to the CD4 receptors as well as a chemokine co-receptor, CCR5. Left untreated, HIV infection depletes CD4+ T-cells over time, leaving the host immune system impaired and unable to fight off foreign invaders. Once CD4 levels fall below 200 cells per cubic millimeter of blood (200 cells/mm3), a patient is considered to have progressed to AIDS. For reference, a healthy individual has between 500 and 1,600 T cells/mm3. Regardless of CD4 count, if an HIV-infected patient develops one or more of 20 recognized opportunistic infections, they are also considered to have progressed to AIDS.

Scientists now believe that HIV was transmitted to humans from chimpanzees, as far back as the late 1800s. They hypothesize that humans were exposed to a similar virus, simian immunodeficiency virus (SIV), when they came into contact with chimpanzee blood during bush meat hunting expeditions. The virus mutated and spread slowly throughout Africa in the subsequent decades, and eventually spread around the world. In the United States, retrospective studies have identified HIV cases as early as the 1970s, but the epidemic began in the 1980s. According to the World Health Organization, as of 2016, 36.7 million people are living with HIV, with 1.8 million new infections and 1 million deaths globally that year. Estimates are complicated by the viral latency period; unknowing infected individuals may not show clinical signs for 5-10 years. 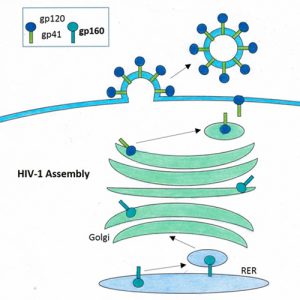 All humans are susceptible to HIV, except for 1% of the population that has a defect in the co-receptor CCR5, called CCR5-Δ32. HIV cannot enter a cell without functional CCR5, so these individuals are essentially protected from HIV infection. Researchers now believe that the CCR5-Δ32 mutation was in the population prior to HIV’s jump from monkey to human. It is unclear what the selective pressure was to keep this mutation in the population, but theories include protection from previous epidemics such as small pox and the bubonic plague.

As of 2017, there is no known cure for HIV. The current treatment regimen is antiretroviral therapy (ART), a drug cocktail that impedes viral replication and thus reduces viral load. The WHO estimates that 20.9 million people, roughly half of the infected global population, are receiving ART. If a patient has early intervention with ART, they can live a life as long as an uninfected individual. The best protection against HIV is to prevent transmission. The virus can be transmitted through unprotected sexual intercourse, contaminated blood transfusions, sharing contaminated needles, and between mother and infant during pregnancy, childbirth and breastfeeding. Clinical trials for HIV diagnostics, treatments and vaccines continue to progress, with more than 5,000 studies listed on clinicaltrials.gov.

HIV remains a global virus, impacting the lives of millions. While great progress has been made in public education and ART, there is still a long way to go to develop a vaccine or other cure. World AIDS Day, celebrated on December 1st each year, was founded in 1988 by James Bunn and Thomas Netter, two members of the World Health Organization (WHO), as a chance for us to show support for those living with HIV and to remember those who have died from AIDS. World AIDS Day will continue until this disease has been eradicated.

Is HIV a research interest of yours? Check out some Kerafast products that could help in your future studies: