Can exposing unborn babies to classical music make them smarter later in life? It’s a common enough belief that it has a name – the Mozart effect – and some research has in fact supported a link between prenatal sound exposure and improved brain function. However, scientists have not been able to pinpoint any brain structures responsible for this link.

Now, University of Maryland researchers have been the first to identify a mechanism that could explain such a link between sound input and cognitive function so early in human development. Their findings were recently published in the Proceedings of the National Academy of Sciences. 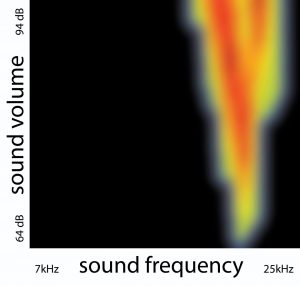 Working with ferrets as an animal model, the team looked at subplate neurons, which are important for the formation of cortical neural circuits. These neurons are among the first to form in the cerebral cortex, and to date, scientists believed their main function was as temporary structural scaffolding – most of these neurons die off as the brain’s permanent neural circuits are formed. Therefore, it was believed that subplate neurons had no role in transmitting sensory information.

Rather, conventional wisdom held that mammalian brains only begin to transmit sound-induced sensory signals after the thalamus fully connects to the cerebral cortex. However, this model couldn’t explain why sound-induced brain activity has been observed much earlier in the development process.

The new study offers another explanation: the University of Maryland team directly observed sound-induced nerve impulses in subplate neurons for the first time.

“Now that we know subplate neurons are transmitting sensory input, we can begin to study their functional role in development in more detail,” senior author Dr. Patrick Kanold said in a press release. “What is the role of sensory experience at this early stage? How might defects in subplate neurons correlate with cognitive deficits and conditions like autism? There are so many new possibilities for future research.”

In particular, by identifying a source of early sensory nerve signals, these findings might help enable the early diagnosis of autism and other cognitive deficits. They may also have implications for the care of premature infants.

“This paper shows that our sensory systems are shaped by the environment from a very early age,” said Dr. Rhodri Cusack, a professor of cognitive neuroscience at Trinity College Dublin. “In human infants, this includes the third trimester, when many preterm infants spend time in a neonatal intensive care unit. The findings are a call to action to identify enriching environments that can optimize sensory development in this vulnerable population.”

If you work in this area of research, the Kerafast catalog includes a wide variety of neurobiology and developmental biology reagents direct from academic laboratories worldwide. See if any of our related materials can help advance your research: