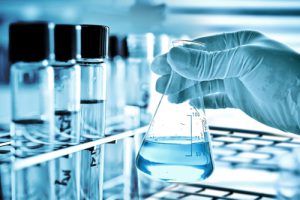 Researchers from all over the world gathered in Boston recently to discuss advances in the bioprocessing and manufacture of cell therapies such as CAR-T and TCR therapies.

CAR-T (Chimeric Antigen Receptor T cell) and TCR (T cell Receptor) therapies are autologous therapies, meaning that they are tailored specifically for each individual to receive treatment. First-generation cell therapies are allogenic, meaning the same treatment (from one individual’s cells) is used for every patient. In the case of autologous treatment, some of the patient’s own blood is removed from the body through the process of apheresis. The cells are treated in various ways, including genetic modification and/or exposure to specific antigens from the patient’s own tumor cells. The T cells are cultured and expanded by growing them in appropriate conditions. They are then introduced back into the patient to fight cancer and other diseases.

The first CAR-T therapy is approved

Novartis in collaboration with the University of Pennsylvania recently received the first ever FDA approval for a CAR-T cell therapy. This therapy, called Kymriah(TM) (CTL019), is indicated for children and young adults with B-cell precursor acute lymphoblastic leukemia (ALL) who were unresponsive to other treatments or have relapsed at least twice. The first patient trials were performed at the Children’s Hospital of Philadelphia (CHOP) and showed an 83% overall remission rate. This approval, which recently occurred this past August, has further motivated the industry and the market for cell therapies.

While the approval of the first CAR-T therapy by the US FDA is a great step forward, Novartis recently provided a staggering price tag of $475,000 per patient for the treatment. The high cost is due to the autologous nature of the therapy, where each patient’s treatment must be manufactured individually, in contrast to traditional therapies where a single large-scale preparation can be manufactured to treat thousands of individual patients.

During the Cell & Gene Therapy Bioprocessing & Commercialization track of the Bioprocess International Conference & Exhibition, a panel of representatives from several companies involved in the manufacture of autologous therapies weighed in on issues in the manufacturing process. The panel included Mustang Bio, Bellicum Pharmaceuticals, Inc., Unum Therapeutics and ZIOPHARM Oncology. The panel discussed the risks of the field for commercialization of autologous cell therapies. The most predominant risks identified were cost and logistics. The cost of goods for manufacture and the individual patient nature of the process results in a very hands-on, resource-heavy process. Furthermore, the logistics of collecting patient blood at a blood center, transporting it to the manufacturing facility, and then back to the patient introduces issues, concerns and expense as well. A stat was mentioned where Novartis expects to be able to treat 600 kids per year, which is only 1-2% of the Americans with hematological cancers. Much of the focus of the talks and sessions at the BPI conference addressed the manufacturing hurdles of autologous therapies and the synergies with protein therapies and stem cell therapies that might lead to a reduction in cost of goods and manufacturing costs.

At Kerafast, we are committed to advancing life science research with the hopes of curing diseases such as cancer. Our portfolio includes a wide variety of cell types and other reagents to fuel research progress.