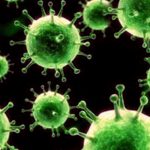 Lentiviral vectors can mediate the efficient delivery, integration and expression of transgenes or short hairpin RNAs (shRNAs) in dividing as well as non-dividing cell hosts, either in vitro or in several organs in vivo. Lentiviruses enable stable long-term gene expression and are permanently integrated into the host genome. They have become important research tools, useful for applications such as whole cell or organelle tracking, transcription regulation, and cell reprogramming.

One of our previous blog posts provides a quick introduction to lentiviruses (and the related adenoviruses), as well as offers tips for successful transduction. In this post, we’ll cover some key factors to consider when selecting a lentiviral vector for your research.

Lentiviral vectors can be targeted to specific cell or tissue types by using different promoters in the lentiviral shuttle vector. Some of the most common promoters used include:

Several viral promoters are often used to achieve high expression levels, including cytomegalovirus (CMV), respiratory syncytial virus (RSV), simian virus 40 (SV40). The Kerafast catalog includes a variety of premade lentiviruses that use the CMV promoter, including ones to express the regulator gene C-MYC, the calcium indicator GCaMP3 and the recombinase enzyme Cre.

Several promoters are ideal for expressing multiple genes at once, including the internal ribosome entry sites (IRES) and the self-cleaving 2A peptide fused to transgene product.

The TET-On promoter is often used for inducible expression for toxic gene products. Lentiviruses in our catalog that use the TET-On promoter express targets such as Brn2, whose overexpression is implicated in melanoma, and NEUROD1, involved in Type 2 diabetes.

For examples of how using different promoters can affect host expression, see Li, et al. and Qin, et al. It is also important to note that even with identical constructs, levels of expression can vary significantly in different cell types and different culture preparations; expression levels in the same cell subtypes can be very different in primary cell culture and in vivo.

Lentiviral tropism is determined by the ability of the viral envelope protein to interact with receptors at the host cell surface. The VSV-G envelope protein is commonly used in lentiviral particle production due to its high stability and confers a broad tropism over a range of species and cell types. This article by Cronin, et al. provides a great resource on different envelopes and their tropism.

If you’re looking to use lentiviral vectors in your research, the Kerafast catalog offers 90+ ready-to-use premade lentiviruses, a custom lentivirus production service, and eGFP vectors to create your own lentiviruses. The following premade targets are accessible on the Kerafast site. If you have any questions about which lentivirus would work best for your application, please contact us at TechnicalSupport@kerafast.com.