Researchers Discover a New Target with Promise for a Malaria Vaccine

A team of researchers at Brown University have uncovered a new target for fighting malaria, a mosquito-transmitted disease that kills almost a half-million people per year. In the study, they screened blood samples from children who already had a natural immune resistance to malaria in order to identify a malaria protein, known as PfGARP. The findings of their study were published in Nature. 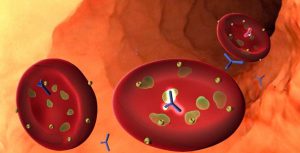 This protein, PfGARP, appears to protect these children from contracting the severe disease. Testing the protein showed that antibodies to PfGARP seemed to initiate a self-destruct mechanism where the parasite cells inside of human red blood cells underwent programmed cell death.

The hope of the study was that vaccinating with PfGARP would allow individuals to develop anti-PfGARP antibodies, which would then prevent them from contracting severe malaria. The researchers were able to produce a preliminary version of the vaccine and tested it in nonhuman primates, which showed promise. Human testing is still in the future, and while there is no certainty that the vaccine will work in humans, the research team is hopeful.

Looking for the Right Antibodies

The results of this study took nearly 20 years of research, beginning with Michal Fried and Patrick Duffy, epidemiological researchers from the National Institutes of Health. Cohorts of children from Tanzania were recruited at birth and followed for years in order to see who among them developed a malaria resistance. 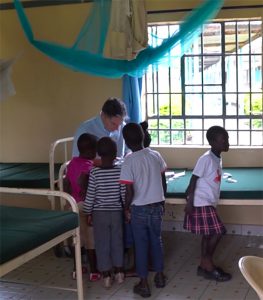 When PfGARP was identified, the researchers confirmed that antibody response to PfGARP was associated with malaria resistance in a larger sample of 246 children. The results showed that children without anti-PfGARP were at 2.5 times higher risk for contracting severe malaria.

During their study, when the hybridoma of the anti-PfGARP antibody stopped expressing, our sister company Absolute Antibody was able to recover the antibody sequence, produce a high-performing recombinant version, and develop humanized variants. According to Dr. Kurtis, “If I ever develop another promising antibody, I would sequence it even if I don’t need a recombinant version. The threat of losing hybridomas is just too big.” You can learn more about the benefits of antibody sequencing here.

Next, it was important to understand how anti-PfGARP antibodies were affecting the malaria parasite. The results of a series of experiments showed that PfGARP protein is produced by malarial trophozoite cells, which exist inside red blood cells. Then the protein is transported to the outer membrane, where the parasite cell becomes vulnerable to the antibody.

“It’s a kill switch,” said Dr. Jonathan Kurtis, a professor at the Warren Alpert Medical School of Brown University and laboratory director of the Center for International Health Research at Rhode Island Hospital. “When the antibody binds to the protein, it sends a signal that tells the trophozoite to shrivel up and die. When we introduce the antibody to samples in petri dishes, we end up with 98% or 99% dead parasites.”

Kurtis believes that this mechanism might have evolved to sense when the parasite’s host is in distress. It was meant to keep the host alive, but anti-PfGARP capitalizes on this system to turn against the parasite.

Working Towards a Vaccine

With evidence that PfGARP antibodies kill the parasite, researchers developed two types of PfGARP vaccines. Both types show evidence that they are protective in nonhuman primates when exposed to a human form of malaria.

There is hope that these new vaccines may succeed because they target the parasite at a different point in the infection cycle than previous vaccines. These new vaccines target the trophozoite stage, which lasts up to a day. The researchers feel hopeful that this longer intervention window will reduce the amount of antibody required to kill the parasite, making the vaccine more effective.

The researchers plan to continue to test different versions of the vaccine in animal models until human trials can begin.

For a deeper look into the research and the potential benefits of this vaccine, check out this video from Dr. Kurtis himself:

Kerafast offers a variety of malaria-related reagents that may be of interest for your research.