A New Generation of Drugs Fighting Leukemia and Lymphoma

A new study published in Nature Medicine discusses a new class of drugs discovered to fight leukemia and lymphoma. Researches from UT Health San Antonio and University of Florida have been working to develop a new generation of drugs for adults and children. 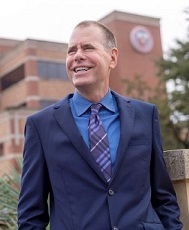 The new class of drugs, called PROTACs, work by targeting BCL-XL, a protein that is essential for cancer cell survival. BCL-XL is a transmembrane protein in the mitochondria. It acts as a major regulator of cellular apoptotic signaling and a pro-survival protein by preventing the release of mitochondrial contents such as cytochrome c, which would lead to caspase inactivation.

According to the co-author Robert Hromas, MD, FACP, “The previous drugs that have targeted BCL-XL decrease platelets dangerously with a high risk of bleeding. Our drug markedly reduces that risk, and thus would be potentially far more useful in cancer patients.”

The Role of T Cells

The PROTAC reported in this study treats T-cell malignancies. T cells are produced by the thymus and play an important role in the body’s immune response. Once T cells become cancerous, they rely on BCL-XL for survival. The PROTAC works well because it functions by degrading the T-cells, rather than just blocking them.

There are several types of T-cell lymphoma which vary from aggressive to slow-growing and develop in the lymphoid tissues. T-cell lymphomas are unique because they develop from immature T cells or lymphoblastic lymphoma (Lymphoma Research Foundation).

This new class of drugs known as PROTACs has many possibilities for future research. The researchers suggest that these drugs could be developed to treat certain childhood cancers that have remained untreatable.

Do you work in this field of research? Kerafast offers a variety of BCL-XL reagents from University of Louisville that may be of interest to you:

We also offer various reagents related to leukemia and lymphoma research that you can find in our online catalog, including: