Researchers from University of Wyoming have developed Metabocin, an anti-obesity drug derived from capsaicin, the part of a chili pepper that is responsible for its spicy burn. The capsaicin targets TRPV1 receptors to burn the energy in white fat cells rather than store it, and Metabocin has proven to effectively cause long-term weight loss in mice with high fat diets. The research team presented on these results this July at the annual meeting of the Society for the Study of Ingestive Behavior. 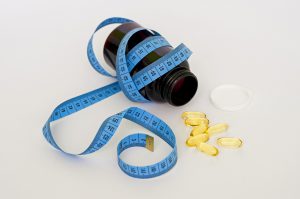 It is no secret that obesity is a growing concern. One in three individuals struggle with either obesity or being overweight. The amount of excess fat that the body accumulates in individuals who are obese can lead to negative health effects, such as diabetes, high blood pressure, heart disease, stroke, sleep apnea and many more. The Cleveland Clinic states that people who are 40% overweight are two times more likely to die prematurely than someone of an average weight.

The transient receptor potential vanilloid subfamily 1, also known as the TRPV1 receptor, is found in high concentrations in adipose cells. According to an article published by Andrea Zsombok, PhD, vanilloids play a role in regulating the body’s metabolism, as do their receptors, including the TRPV1 receptor. The TRPV1 receptor can be triggered by capsaicin, which causes a reaction that makes the white fat cells burn energy, rather than store it like they usually do.

The University of Wyoming team used a drug composed of capsaicin to regulate the weight of obese mice on high fat diets. The drug, called Metabocin, is an oral drug that slowly releases capsaicin throughout the day to target the TRPV1 receptors and deploy an anti-obesity effect without causing adverse side effects including inflammation.

In the study, the mice were given the drug for eight months, so the researchers could observe the effects of the drug if it were administered long-term. Throughout the eight months, the mice maintained weight loss, did not have any safety issues, and experienced reversal of the harmful effects of high fat diets. As lead investigator Dr. Baskaran Thyagarajan reported in a press release, “We observed marked improvements in blood sugar and cholesterol levels, insulin response, and symptoms of fatty liver disease.”

Although the capsaicin had the desired weight loss effect in this trial, it is not to say that eating spicy food helps everyone to lose weight. The Metabocin has been modified to slowly release the capsaicin throughout the day, regulating its absorption to a proper level.

If you work in this area of study, you may be interested in the following obesity-related products: