About 1 in 7 men will be diagnosed with prostate cancer in their lifetimes, according to the American Cancer Society, making it the second-most common form of cancer in American men. Recently, a potentially promising new therapeutic target for the disease was identified by scientists from The Wistar Institute, one of Kerafast’s providing institutions. 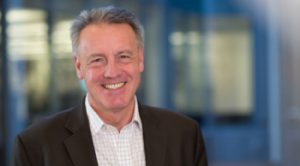 The new therapeutic target is a protein called TRAP1, a key energy production regulator in both cancerous and healthy cells. A chaperone protein, TRAP1 is structurally similar to heat shock protein 90 (HSP90), which is found in larger amounts in the mitochondria of cancer cells. The research, published in the Journal of Biological Chemistry, identified TRAP1 as an important driver of prostate cancer.

In previous research, the Wistar team had bred TRAP1 knock-out mice and found that they lived longer and experienced fewer age-related illnesses than typical mice. In the current study, the scientists bred mice that instead overexpressed the TRAP1 gene. The mice were also bred to lose one copy of the PTEN gene, an important tumor suppressor gene. In roughly 40% of prostate cancer cases, at least one copy of PTEN is deleted; this often occurs in more aggressive tumors. Mice without the PTEN gene therefore more accurately simulate prostate cancer behavior.

The new study demonstrated that increased TRAP1 coupled with loss of PTEN resulted in aggressive, early-onset invasive prostate cancer. The scientists observed increased tumor cell proliferation, inhibition of apoptosis and increased epithelial cell invasion. As a result, they suggested that the TRAP1 protein helps promote the mitochondrial “fitness” of a prostate tumor, causing it to be more aggressive and less responsive to treatment.

“What is exciting about these findings is the fact that we believe TRAP1 is a druggable target,” said lead author Dr. Dario C. Altieri in a press release. “We are continuing to advance our promising research and development program aimed at targeting the mitochondria in tumors.”

Do you work in this area of research? Our catalog offers many unique cancer research reagents, direct from academic laboratories worldwide. Research tools contributed by The Wistar Institute scientists include: