Researchers at the University of Pennsylvania are looking into a new strategy to help broken bones heal faster in patients with diabetes. This population is at a higher risk for bone fracture and their bones take longer to heal than normal. The results of this study published in Biomaterials propose an affordable oral therapy grown in plants as a possible treatment.

This study showed that the protein insulin-like growth factor-1 (IGF-1) could be grown in lettuce plants to create an orally delivered drug with the potential to stimulate bone cell growth and regeneration in patients with diabetes. 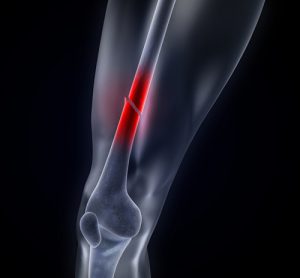 According to the corresponding author, Henry Daniell, “The current drug for diabetic patients with a fracture requires repetitive injections and hospital visits and as a result patient compliance is low. Here we gave an oral drug once a day and saw healing to be greatly accelerated.”

For years, Daniell has been developing a plant-based drug production platform. This entails introducing a protein of interest into plant cells, causing them to express the gene of interest, and eventually producing that protein in their leaves, which are then harvested for oral therapy.

In this study, the target protein was a novel IGF-1, which is important for bone and muscle health. It is known that lows levels of IGF-1 are associated with higher risk of bone fracture. From previous work, the researchers hypothesized that an IGF precursor which contains a separate e-peptide was likely to stimulate regeneration most effectively.

The research team implemented Daniell’s drug production platform to express the human version of IGF-1 in the plant leaves as well as remove the antibiotic resistance gene, a crucial step when preparing for clinical use. The IGF-1 precursor protein was paired with CTB, a protein that helps carry the fused protein from digestion to the blood stream.

After the transgenic plant leaves were grown, they were freeze-dried and powdered, showing they can be kept stable for nearly three years. The drug caused oral-tissue cells and osteoblasts to grow and differentiate in mouse and human cells. The next step was a mouse model, which showed increased IGF-1 levels when orally delivered the drug. Finally, in a diabetic mouse model, the researchers saw improved bone volume, density and area, indicating an improved healing process.

Preparing for Clinical Use

After success in the mouse models, the researchers hope to continue to develop the plant-growing IGF-1 to move toward clinical use. The application has the potential to be used for bone fracture healing in addition to other musculoskeletal problems including osteoporosis and bone regeneration following cancer.

Do you also work in this area of research? We offer a variety of reagents that can be used for diabetes research, including:

We also offer unique lab-made reagents for bone research, such as: