University of Tokyo researchers have shown different insulin concentrations activate different cell signaling pathways, findings that may lead to better treatments for diabetes. The researchers tracked the effects of insulin using a trans-omics approach, combining multiple databases and large-scale experiments, and published their results in the journal iScience. We were excited to see our puromycin antibody from the Kimball lab at Penn State College of Medicine used in the study. 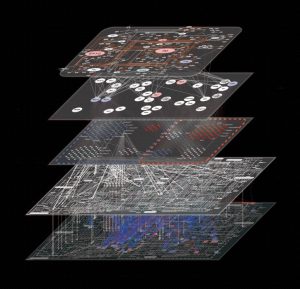 “Omic” fields seek to comprehensively characterize a set of biological molecules. For example, genomics focuses on genes, while proteomics studies proteins. Other examples include metabolomics (metabolites), transcriptomics (RNA levels) and microbiomics (all the microorganisms within a given community). The trans-omics field, which started to emerge around 2013, combines these individual fields to better understand how molecules within cells interact.

In the new study, the researchers used different “-omic” data to create a trans-omic network of insulin action within mouse cells.  “Our results look almost like a subway map,” lead author Shinya Kuroda said in a press release. “Each molecule that insulin influences, directly or indirectly, is like a station. But a map is not very useful if you do not know the route. Our method combines database information with new experimental data to show how the different stations, or molecules, connect after receiving the insulin signal.”

According to the CDC, diabetes is the seventh leading cause of death in the United States. More than 30 million Americans have diabetes, which can also lead to complications such as heart disease, stroke and kidney failure. In addition, it is estimated that diabetes costs the American economy $327 billion annually in medical costs and lost wages.

As a result, researchers are always striving to better understand and treat diabetes. The disease revolves around the hormone insulin – in Type 1 diabetes, the pancreas cannot make enough insulin, while in Type 2 diabetes the body loses its sensitivity to insulin. Insulin keeps the body’s blood sugar at the right level, and amounts of the hormone change in response to eating or fasting.

The researchers hope that a better understanding of how and when insulin activates cell signaling pathways could aid in the development of new diabetes treatments. “Once we have mapped the large-scale network,” Kuroda said, “we can identify potential drug targets.”

If you work in this area of research, check out the puromycin antibody used to measure protein synthesis in the study. You might also be interested in our diabetes research reagents, including: