Macrophages are critical in cardiac regeneration

Organ donation and transplantation are critical in saving the lives of thousands of people annually, with one organ donor able to save up to eight lives. Currently, more than 100,000 people are on an organ donation list waiting for a lifesaving transplant, with an average of one person being added to the wait list every ten minutes. Despite advances in medicine and awareness of organ donation, there continues to be a shortage of available organs, with more than 20 people a day dying while waiting for an organ transplant.

Given the inadequate supply of organ donations, researchers have looked to regenerative medicine to develop treatments to restore function to damaged tissues and organs. Regenerative medicine focuses on developing technologies to stimulate damaged tissues to self-repair, as well as developing techniques that allow functional organs to be grown in a lab for transplantation. 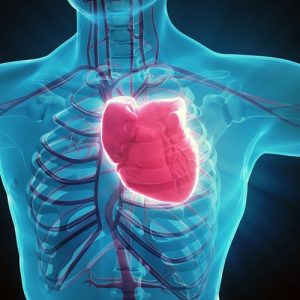 The heart is one organ of major interest in the study of regenerative medicine. The heart has limited ability to repair itself following an injury and is one of the most needed organs for donation. Interestingly, certain species of fish and amphibians possess the ability to regenerate up to 20% of cardiac tissue mass within a few months, restoring full function to the heart. This unique ability makes them an ideal model to study cardiac regeneration.

In mammals, previous research indicates that mice can regenerate cardiac tissue as neonates but lose this ability as they age. These findings indicate that mammals possess the genetic components for cardiac regeneration, but it is unclear how the aging process diminishes the ability for regeneration. Some factors believed to impede cardiac regeneration are the inability of adult cardiomyocytes to proliferate after an injury and the process of fibrosis that leads to the development of scar tissue. Scar tissue formation following an injury is driven by a prolonged inflammatory response, so timely resolution of inflammation appears to be critical in promoting tissue regeneration.

James Godwin, PhD, and colleagues recently published a study in npj Regenerative Medicine examining the inflammatory response and regenerative abilities of the axolotl, or Mexican salamander, following cardiac cryo-injury. Based on the researchers’ previous research, macrophages were demonstrated to be necessary for limb regeneration in axolotl, a process that involves the dedifferentiation of mature cells followed by proliferation of existing cells. The role of the immune response in axolotl cardiac regeneration remains unclear, so a model of cryo-cardiac injury was utilized to recapitulate clinical ischemia. The cryo-cardiac model induced injury to the cardiac tissue, which could be completely repaired and regenerated by cardiomyocyte proliferation. To study the role of macrophages in cardiac regeneration, resident organ macrophages were depleted prior to cryo-cardiac injury. The results were dramatic, with significant scarring occurring accompanied by a loss in cardiac function.

These findings suggest that cardiac regeneration is dependent on macrophage activity in preventing the development of scar tissue on the heart. Future research based off these studies may lead to technologies that suppress scar formation and unlock the ability for humans to regenerate cardiac tissue and potentially other organs.

Do you work in this area of science? Check out our available reagents for cardiovascular research to see if any could help accelerate your research. You also may be interested in our previous blog post, “Using spinach to grow human heart tissues and mimic the vascular system”.