Adoptive T cell therapy (ACT) is a promising immunotherapy approach in which researchers engineer a patient’s own T cells to improve their cancer-fighting abilities. The approach involves harvesting T cells from a patient, quickly multiplying the cells in a laboratory and often engineering them to attack cancer cells more effectively. Then, the T cells are given back to the patient to enhance their anti-cancer immune response. 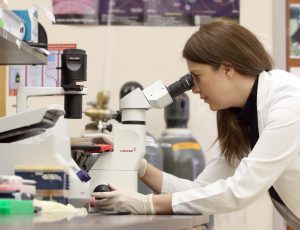 Researchers from the Medical University of South Carolina have been exploring ways to improve the results of ACT. Previously, they showed that ICOS co-stimulation is important for generating human TH17 cells, a subset of pro-inflammatory T helper cells, as well as for boosting their anti-tumor activity. Now, they are looking at how inhibiting two ICOS-induced pathways – the Wnt/β-catenin and P13Kδ signaling pathways – affects the T cells. In particular, they are trying to address one of the challenges of ACT, which is that rapid in vitro expansion of T cells can cause them to age. As a result, the T cells wear out and die more quickly after being re-introduced to the patient.

“This is exciting because we might be able to overcome some of the delays and disadvantages of rapid expansion in the laboratory,” senior author Dr. Chrystal M. Paulos said in a press release. “We might be able to use fewer cells (for ACT) because we can pharmaceutically ‘juice’ these T cells to make them more fit in the oppressive tumor microenvironment.”

In the study, the researchers pharmaceutically inhibited PI3Kδ and β-catenin in Th17 cells, using FDA-approved small molecule drugs. They suspected that this inhibition would weaken the T cells’ cancer-fighting activity, as both pathways are involved in T cell cytokine production during the immune response. However, the exact opposite occurred. T cells treated with the two small molecule drugs elicited a more potent anti-tumor response against melanoma in mice. The researchers believe this boost in effectiveness is because the two drugs helped the T cells sustain their youth and function.

“From a clinical standpoint,” Dr. Paulos said, “this finding indicates that the therapeutic effectiveness of ACT could be improved by simple treatments with readily available drugs. It opens a lot of new investigative avenues for next-generation immunotherapy trials.”

Do you work in this area of research? The Kerafast catalog offers a variety of immunology and cancer research reagents, including antibodies, plasmids and proteins for studying the Wnt signaling pathway. You also might be interested in several of our past blog posts: