Zika, a virus transmitted primarily by Aedes mosquitoes, became a significant global health concern last year. The threat emerged in Brazil and quickly spread to other parts of the world, causing microencephaly and other birth defects in babies born to infected mothers, as well as rare neurological conditions in adults. Although Zika has faded from the news as the outbreak subsides, many critical questions remain, including: 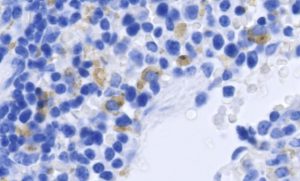 “Our study acknowledges the importance of T cells in an environment where most people are focused on antibodies,” the study’s senior author, Dr. Sujan Shresta, said in a press release. “For most diseases a strong antibody response is enough. But with Zika and dengue viruses a phenomenon known as antibody-dependent enhancement is a concern, which makes a strong T cell response really important.”

Previous research suggested that T cells play a key role during dengue infection, leading Shresta and her team to wonder whether this was the case for Zika. In the new study, the researchers used antibodies to block the receptor for interferon 1 (IFNAR), causing mice to become susceptible to infection with Zika virus. They then isolated T cells from Zika-infected mice and mapped which portions of the virus resulted in a strong immune response.

The experiments were then replicated in T cell-competent mice, which also mounted a strong CD8+ T cell response to Zika infection. Thus, the team created a new mouse model for Zika that can be used for studying Zika-specific T cell responses, as well as testing vaccines and antiviral treatments.

“Being able to track Zika-specific T cells across different model systems provides a valuable tool to better understand sexual and trans-placental transmission and how the virus crosses the blood-brain barrier and reaches other immune-privileged areas such as testes and the eye,” first author Dr. Annie Elong Ngono said.

Do you work in this area of research? We offer a variety of related reagents for studying virology and immunology, including: