A team of researchers has shown how a human protein pathway can control Ebola virus gene expression and replication, findings that provide a new therapeutic target for treating Ebola. The study, recently published in the journal mBio, utilized anti-Zaire Ebola virus antibodies made available on the Kerafast platform by the laboratory of Dr. Christopher F. Basler at the Icahn School of Medicine at Mount Sinai.

The strength and weaknesses of Ebola 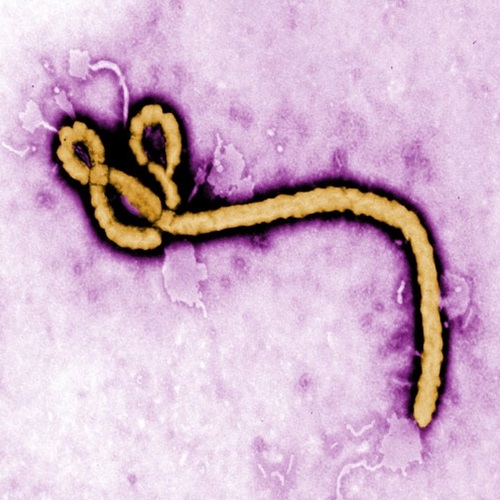 Ebola virus causes severe hemorrhagic fever in humans and can kill up to 90% of infected individuals, making it one of the most lethal human pathogens known. First discovered in 1976, the virus became breaking news in 2014 due to an outbreak in West Africa that reached around the world. According to the CDC, the outbreak had killed more than 11,000 people by April 2016. Though several vaccine candidates are currently undergoing evaluation, none are approved.

Ebola can successfully enter a variety of cell types, where it replicates by co-opting the host cell’s machinery to make its own proteins. Many of the cellular components that Ebola must hijack to replicate are unknown, but each represents a potential therapeutic target; if the components can be blocked, so too can Ebola’s ability to replicate within the host. In the new study, some of these critical components were identified and the mechanism by which they control Ebola gene expression and replication was elucidated.

In the new study, scientists from Boston University, Galveston National Laboratory and the NIH demonstrated that cellular polyamines are critical for Ebola replication. Polyamines, organic polycations with two or more primary amino groups, are essential for several key cellular processes and have already been shown to be involved with aging, cancer and other diseases. The research team discovered that small-molecule inhibitors of polyamine synthesis, as well as short hairpin RNA knockdown of the polyamine pathway enzyme spermidine synthase, resulted in reduced Ebola replication.

The researchers then looked further into spermidine, a compound with various metabolic functions. In particular, this polyamine is responsible for the hypusination of eukaryotic initiation factor 5A (eIF5A). Hypusine is an unusual amino acid found in all eukaryotes and some archaea, but not bacteria, and eIF5A is the only eukaryotic protein known to contain it. Blocking the hypusination of eIF5A inhibits its function – which in turn inhibited Ebola gene expression and replication.

Next, the team looked into why inhibiting eIF5A affected Ebola’s ability to replicate. They found that the Ebola protein VP30, an essential part of the viral polymerase, accumulated in host cells only when eIF5A had been activated by hypusination. When eIF5A function was inhibited, VP30 did not accumulate within the cells. No other Ebola virus protein appeared to be impacted by this pathway.

“One protein made by the virus requires an unusual component of the host protein synthesis machinery,” explained lead author Dr. John Connor of Boston University in a press release. “We found that if you block the function of this component the virus has problems making copies of itself. Thus, by decreasing how well the virus can make one protein we have an effect on the entire replication cycle.”

According to the researchers, no other host cell protein has been shown to affect the levels of an Ebola protein. In addition, activated eIF5A is the only cellular protein known to contain this hypusine modification. Now that this pathway has been demonstrated to block Ebola replication, it becomes a new target that with further research could lead to novel approaches to treating Ebola virus infection.

If you work in this area of research, check out the Ebola antibodies used for this study, as well as our other available virology reagents, including: