In a new Nature Medicine study, a team of researchers from Case Western Reserve University School of Medicine have discovered how an RNA-binding protein may contribute to ALS disease progression. ALS (Amyotrophic Lateral Sclerosis, or Lou Gehrig’s disease) is a progressive and ultimately fatal neurological disease that attacks the motor nerve cells within the body.

TDP-43 is a protein that normally binds to small pieces of newly read RNA, helping to move the fragments within nerve cell nuclei. As a result of the study, we now know the molecular outcome of misplaced TDP-43 and that correcting its location can restore normal nerve cell function. TDP-43 misplacement in nerve cells is a characteristic of ALS and other neurological disorders, including Alzheimer’s, Parkinson’s, Huntington’s disease and frontotemporal dementia (FTD). 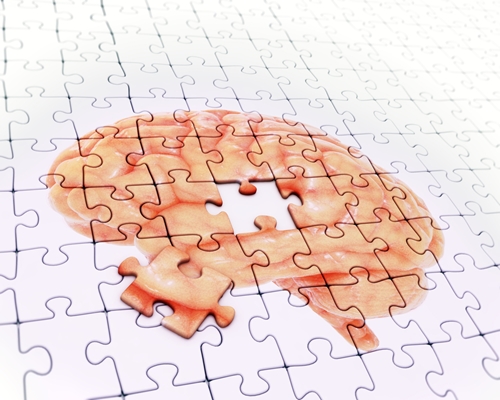 To locate misplaced TDP-43, the researchers used high-powered microscopes to view nerve cells donated by people who had died from ALS or FTD. They discovered that TDP-43 accumulates in nerve cell mitochondria, cell organelles responsible for energy production. The researchers physically isolated the affected mitochondria, then determined TDP-43’s exact location inside the subcellular structures. They were also able to characterize variations of the protein most likely to get misplaced.

“By multiple approaches, we have identified the mitochondrial inner membrane facing matrix as the major site for mitochondrial TDP-43,” explained lead author Xinglong Wang, PhD in a press release. “Mitochondria might be major accumulation sites of TDP-43 in dying neurons in various major neurodegenerative diseases.”

Once inside the mitochondria, Wang’s team found, TDP-43 attaches itself to mitochondrial genetic material and resumes its RNA binding role, disrupting the organelle’s ability to generate energy. The team was able to precisely identify the RNA in mitochondria that was bound by TDP-43 and observe the resulting disassembly of mitochondrial protein complexes, providing much needed clarity on the consequences of TDP-43 misplacement inside nerve cells.

Mutations in the TDP-43 gene have long been linked to neurodegenerative diseases such as ALS and FTD. Wang’s team found that disease-associated mutations in TDP-43 enhance its misplacement inside nerve cells. In addition, the researchers identified sections of TDP-43 that are recognized by mitochondria and serve as signals to let the protein inside. These areas could serve as therapeutic targets, as the study found blocking them prevents TDP-43 from localizing inside mitochondria. Finally, Wang’s team was able to keep TDP-43 out of nerve cell mitochondria in mice using small proteins which “almost completely” prevented nerve cell toxicity and disease progression.

If you work in this area of research, check out our reagents for neurobiology research, including the Stable SH-SY5Y HFE Expressing Cell Lines from Penn State College of Medicine, a useful cell culture model for studying neurodegenerative diseases.